A new wave of the deadly coronavirus is killing people in Europe, with at least five deaths in France and two in Germany.

The first wave of the virus, which was identified in September 2018, was called "Covid" because it started with a patient who had traveled to Saudi Arabia.

Covid spread across Europe, but it also hit other parts of the world — including the U.S., where most cases resulted from travel to Middle Eastern countries.

But now there's a second wave of the virus in Europe. It's unclear if this second wave will have as high of a mortality rate as the first, which killed more than 40 people worldwide.

The second wave of Covid is hitting hospitals that were already treating patients from the first wave of the virus, according to a statement from Agence France-Presse (AFP).

It's possible that some patients who survived the first wave could be re-infected with a different strain of Covid, AFP reported.

"The current wave of coronavirus infections in Europe began in France," said the WHO.

WHO officials say the virus has now been found in 25 countries, and that "the numbers of cases are steadily increasing." The agency also says it's been able to identify an SARS-like pattern of infection — but that the "mortality rate is lower."

There have been at least 32 deaths reported among the 71 confirmed cases.

The first case was confirmed on May 13, when a patient died at a hospital in Paris. Two more confirmed cases were later identified at that same facility.

Since then, there have been cases in Germany, Greece, Italy, Ireland and Britain — as well as other European countries. 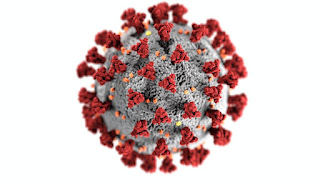 The second wave of the CoVid pandemic has been confirmed in Europe. The European Center for Disease Control (ECDC) has reported that at least 1,325 people have died from the virus in Europe and an additional 5,884 have been infected.

The latest wave has spread across Europe with countries such as Greece, Italy and France reporting large numbers of infections over the past few days. This is expected to continue since there are still many people who haven’t received their vaccines yet due to logistical issues or other reasons.

The good news is that most European countries are now receiving their vaccinations through government programs so this new wave should come under control quickly.

The first wave of the virus was in France and Germany, with 6 cases reported. The second wave occurred in May and June, when there were another 4 cases reported.

The latest wave started on July 9th. At least 7 cases have been reported so far, but it's not clear how many more are out there.